President Museveni has said soon, the UPDF will stop buying vehicles from abroad but rather locally since the country has built capacity through the two armored vehicle factories. 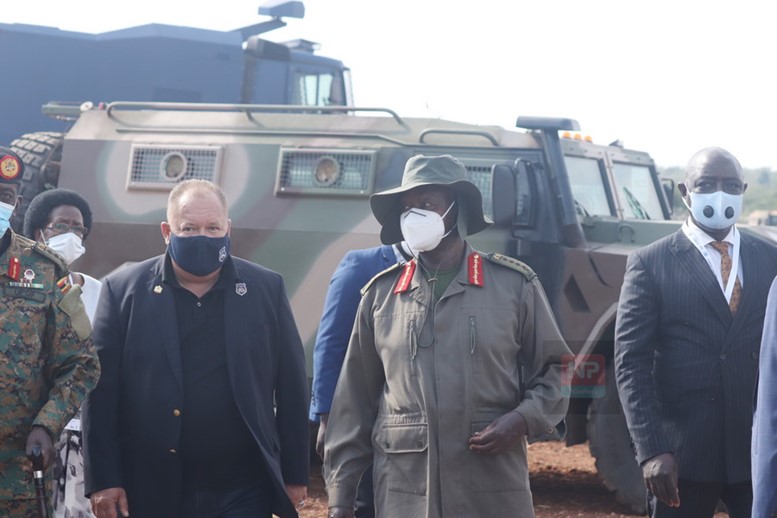 “To the army, the troop carriers are here. Instead of those we were buying from abroad, they are here . On top of carrying troops they also have capacity to protect the troops from light weapons. With this factory, we can rule out imports. We shall buy from these people. I will no longer allow buying from other sources when this capacity is here,” Museveni said.

The president was on Wednesday evening speaking during the commissioning of the second armored vehicle factory for Uganda in Nakasongola.

The first armoured vehicle assembly and manufacturing facility was launched in 2018 at Magamaga in Jinja.

Speaking at the facility in Nakasongola on Wednesday, Museveni said the facility will augment the one in Magamaga to produce vehicles used by the army but also the members of the public .

“The army that wants infantry fighting vehicles, they can use these ones(from Nakasongola) to add on the ones from Magamaga. The rich people who want to armor their private and passenger cars, there is capacity here. Banks that need to have money carried safely are also welcome. Riot control police also now knows the address where to get the equipment,” Museveni said.

The president also hailed the National Enterprise  Corporation(NEC), the commercial and business arm of the UPDF for carefully listening and implementing his advice to  create capacity for Uganda’s defence industry.

He said the efforts that started small with an ammunition factory have upgraded through the years to start manufacturing different types of armor.

“Sometimes I give guidelines and people don’t follow them but I am happy with NEC. Gradually NEC has gone into other areas of defence needs including research and development. Our scientists are getting capacity to produce good products to ensure we stand on our own. They have also used method of joint partnership to create additional capacity,” he said. 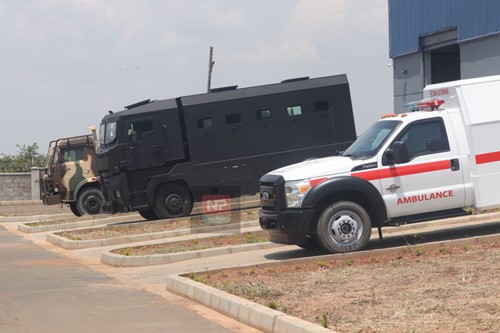 Museveni mentioned Kyoga Dynamics Limited, another joint venture with NEC that deals in the business of manufacture, storage, blasting, and sale of civil commercial explosives used in mining and infrastructure development that he said has saved government a lot of money which was being paid out to buy explosives.

He said it is good that NEC has partnered with Streit Group, a firm from United Arab Emirates to start the second armored vehicle factory in the country which has been able to create opportunities out of problems.

“I am happy that you have realized that problems are also wealth. You have turned insecurity into an opportunity. For rioters, bank robbers and terrorists, you  have got answers for all of  them. If you see how much Africa spends on importing weapons, you will realize it is much money. By manufacturing them here we shall save a lot of money but also create jobs for our people,” Museveni added. 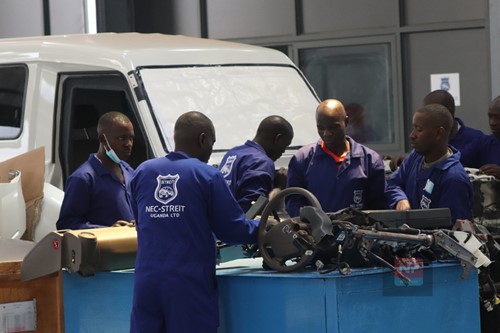 The Chief of Defence Forces, Gen Wilson Mbadi described the factory as another milestone in Uganda’s defense technological progress.

“By building a self-reliant defence industry, we are capable of securing Uganda and also support the economy. This will also help us tackle the problem of economic irrationality by  consuming what we don’t produce and producing what we don’t consume. It will help us apart from technology transfer, do local capacity building, save foreign currency and enhancing mobility, fire power, protection and operation efficiency,” Gen Mbadi said.

He noted that with such and many more developments in the country’s defence industry, the UPDF will be cushioned from arms embargos always slapped on countries by the West. 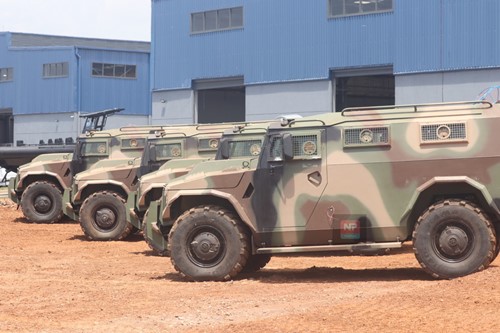 “This factory has the capacity to manufacture for UPDF, police, VIPs and the regional requirements. At some point we will consume these and our market will not be enough. We must be friends with neighbours so as they can buy the balance.”

Gen Mbadi said that some of the countries with impressive figures like India, Algeria, Morocco, Ethiopia and South Africa among others have the defence industry and manufacturing contributing between 10 and 20% of the GDP.

He said Uganda is also moving towards that end.

The NEC Managing Director, Lt Gen James Mugira described the factory as the only one in the region.

“The on job practical training has equipped UPDF personnel from the armored and motorized infantry brigade with requisite skills to manage the facility and save costs to hire experts for the same job,”Lt Gen Mugira said.

The NEC boss however suggested that government should come up with a policy to compel ministries, departments and agencies to buy vehicles locally from the factory.

“Government should come up with a policy to buy from us if we meet the standards  they desire  and price is competitive. We intend to set up strong department to develop armored vehicles and repurpose them to local conditions,” Gen Mugira said.

The chairman Streit Group, Guerman Guotorov said  the company will design and construct bullet-resistant vehicles and vaults that will provide secure transportation and protection for government officials, military officers, dignitaries, and high-profile guests in the country.

“There will be a reduction in financial risks and crimes in the country as the armored security operatives will be responsible for safekeeping money, currency, bonds, jewelry, and other valuables will help the military in navigating some of the most dangerous places and protect its riders and drivers in nearly any hostile situation while remaining in disguise,” he said. 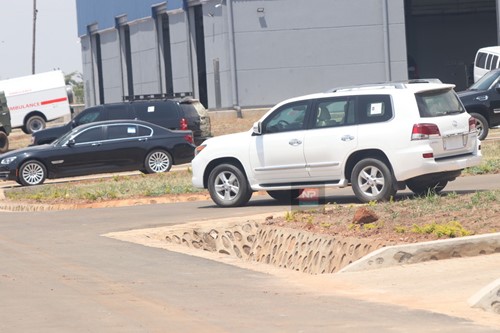 “We manufacture vehicles for military, law enforcement, and civilians. We are looking at improving security of the company by providing the necessary support.”

He highlighted some of the economic benefits that the factory will provide to the country including creation of employment, widening tax base, protection of citizens and reduction in crime among others.

Streit entered into a deal with NEC to form the NEC- Streit Uganda Limited as a joint venture company in charge of the facility in Nakasongola.