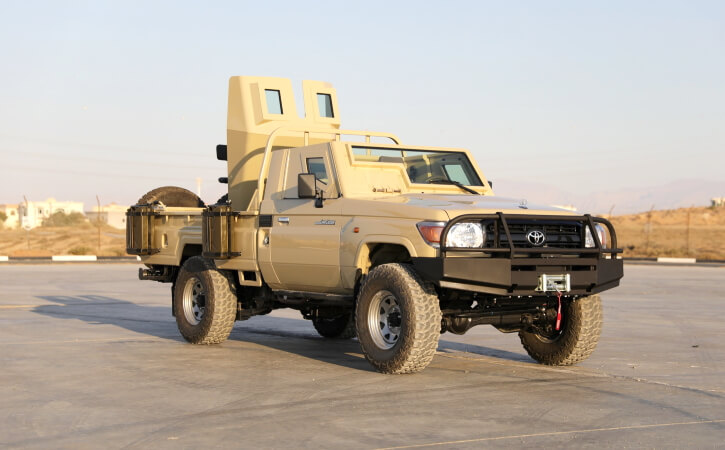 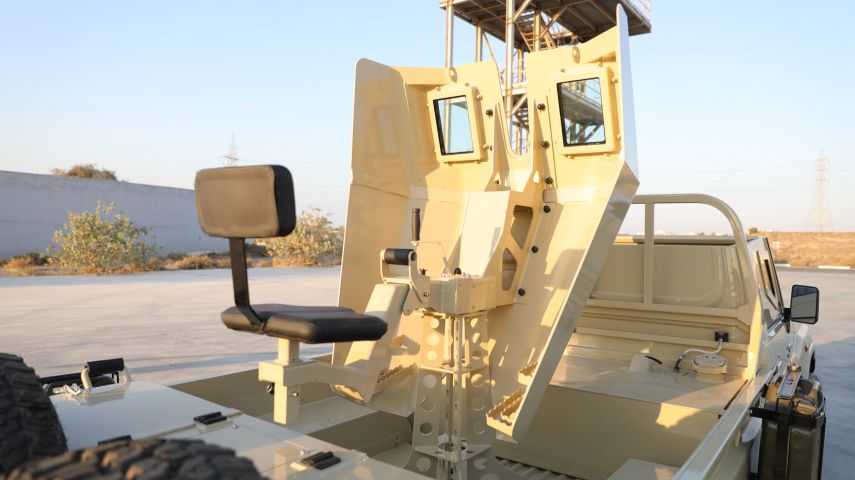 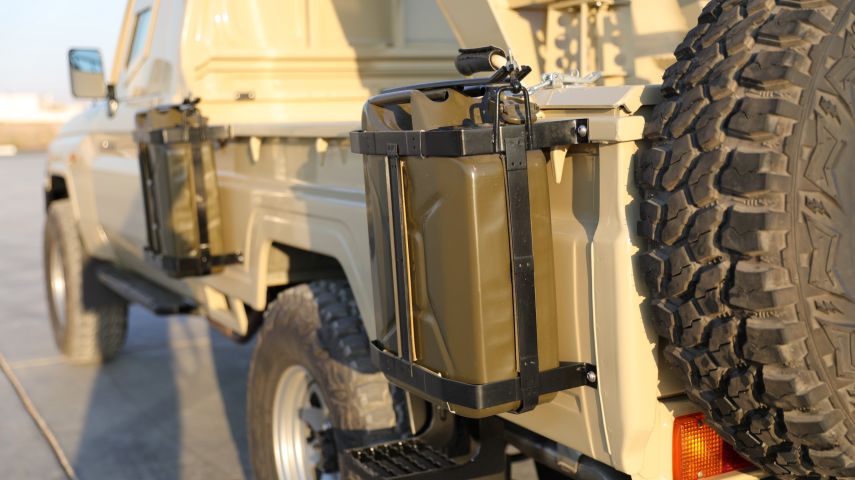 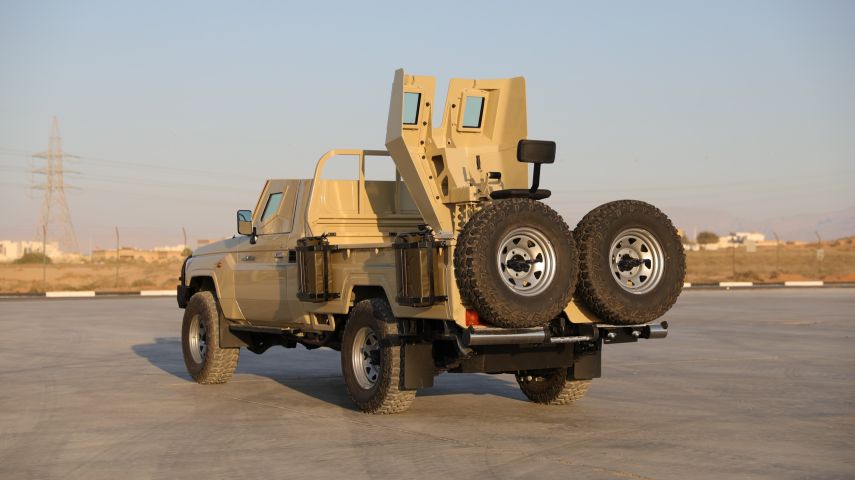 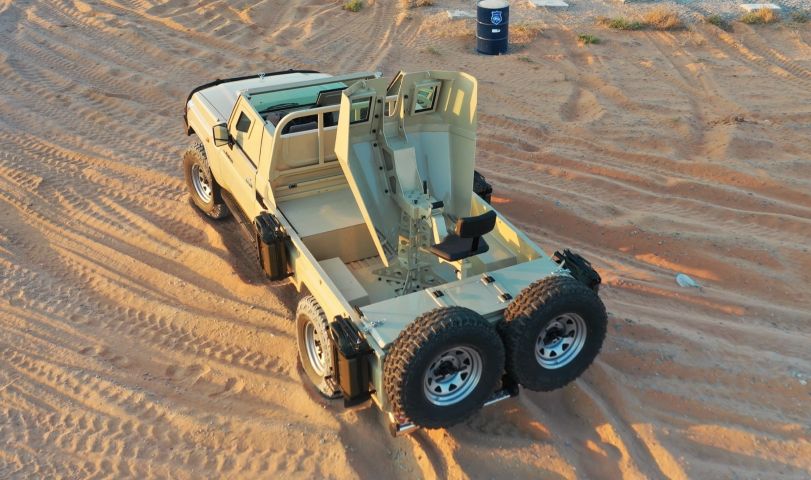 The armored Toyota Land Cruiser 79 Series is designed as a light weight tactical vehicle, partially armored vehicle with an open roof for rapid action and response. It has a numerous added safety features that have never been seen on Toyota Land Cruiser series such as the monocoque V-Hull compartment (for crew), its engine is fixed separately from the armored cabin and transfer case, both are protected by a V-shape cover. Together with the 360 Degrees gun stand in the back of the vehicle, the TLC-79 is prepared for close and long range combat. The TLC-79-LRTV is equipped with an upgraded fuel tank with added fuel capacity for long range operations. 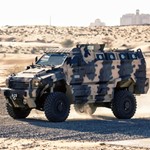